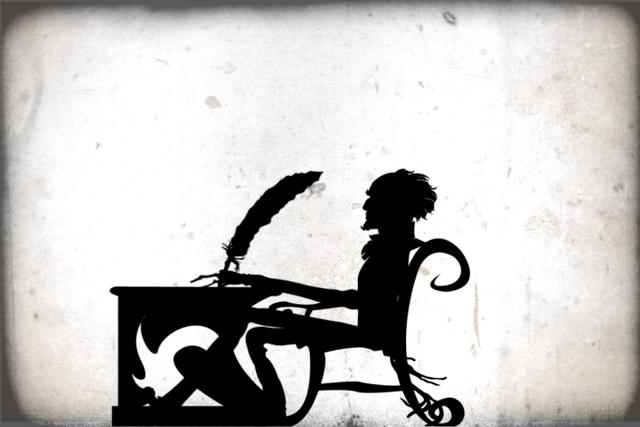 Many people have read C.S Lewis’ “Lion, Witch and The Wardrobe.” But, how many have read his other works. You may know that Lewis was once an Atheist who became a Christian and wrote many books on that topic. My favorite book he wrote on the topic is“The Screwtape Letters.” This week I returned to the book to see what it could teach me some 20 years since I last read it. My favorite part and an upcoming Blog is from chapter XVII (see below for this chapter.) If you are not familiar with the book it is written as a series of letters from uncle Screwtape (a higher demon) to Wormwood (a newly graduate demon) on how to corrupt humans so they will fall to Hell and can be consumed for all eternity by the demons. The letters describe also how “The Enemy” will thwart their efforts to save their “patients” and bring them to Him.

While I am no longer a Christian I do see many Buddhist lessons in Lewis’ writings. In the chapter I am speaking about discusses the“patients” mother and how she practices a “gluttony of Delicacy.” Let me explain further. I am sure you know people who, while acting in a pious manner are imposing upon those serving them. In Lewis’ story, it goes like this…”She is a positive terror to hostesses and servants. She is always turning from what has been offered her to say with a demure little sigh and a smile “Oh please, please…all I want is a cup of tea, weak but not too weak, and the teeniest weeniest bit of really crisp toast”. Or “In a crowded restaurant, she gives a little scream at the plate which some overworked waitress has set before her and says, “Oh, that’s far, far too much! Take it away and bring me about a quarter of it”. Screwtape goes on to describe this in the following manner. “If challenged, she would say she was doing this to avoid waste; in reality, she does it because the particular shade of delicacy to which we have enslaved her is offended by the sight of more food than she happens to want.”

To me, this brings to mind those who practice certain things and by doing so cause others to have to jump through hoops for them. The Buddha talks about what to do during alms rounds and this is to “take what is given” there is no picking out and eating what one wants. Or as our culture says “beggars can’t be choosers.” This also applied to my mother’s dinner table too :). This is part of the first paramita (Dana) giving. If someone gives you something you should receive it graciously; thusly, allowing the person who is giving the opportunity to give. Receiving graciously is important and this is what Screwtape is talking about. If the “patients” mother makes those who are giving feel bad due to her needs, no matter how pious she perceives herself to be, then the deed is fodder for the road to hell. Or as we Buddhists say it is not “Right Action.”

William Seiyo Sensei is a Lay Minister with Bright Dawn Way of Oneness Sangha.  For information about Bright Dawn and the Lay Ministry program please visit our website.

XVII
THE SCREWTAPE LETTERS MY DEAR WORMWOOD,
The contemptuous way in which you spoke of gluttony as a means of catching souls, in your last letter, only shows your ignorance. One of the great, achievements of the last hundred years has been to deaden the human conscience on that subject, so that by now you will hardly find a sermon preached or a conscience troubled about it in the whole length and breadth of Europe. This has largely been effected by concentrating all our efforts on gluttony of Delicacy, not gluttony of Excess. Your patient’s mother, as I learn from the dossier and you might have learned from Glubose, is a good example. She would be astonished—one day, I hope, will be—to learn that her whole life is enslaved to this kind of sensuality, whichis quite concealed from her by the fact that the quantities involved are small. But what do quantities matter, provided we can use a human belly and palate to produce querulousness, impatience, uncharitableness, and selfconcern?Glubose has this old womanwell in hand. She is a positive terror to hostesses and servants. She is always turning from what has been offered her to say with a demure little sign and a smile “Oh please, please…all I want is a cup of tea, weak but not too weak, and the teeniest weeniest bit of really crisp toast”. You see? Because what she wantsis smaller and less costly than what has been set before her, she never recognises as gluttony her determination to get what she wants, however troublesome it may be to others. At the very moment of indulging her appetite she believes that she is practising temperance. In a crowded restaurant she gives a little scream at the plate which some overworked waitress has set before her and says, “Oh, that’s far, far too much! Take it away and bring me about a quarter of it”. If challenged, she would say she was doing this to avoid waste; in reality she does it because the particular shade of delicacy to which we have enslaved her is offended by the sight of more food than she happens to want. The real value of the quiet, unobtrusive work which Glubose has been doing for years on this old woman can be gauged by the way in which her belly now dominates her whole life. The woman is in what may be called the “All-I-want” state of mind. All she wants is a cup of tea properly made, or an egg properly boiled, or a slice of bread properly toasted. But she never finds any servant or any friend who can do these simple things “properly”—because her “properly” conceals an insatiable demand for the exact, and almost impossible, palatal pleasures which she imagines she remembers from the past; a past described by her as “the days when you could get good servants” but known to us as the days when her senses were more easily pleased and she had pleasures of other kinds which made her less dependent on those of the table. Meanwhile, the daily disappointment produces daily ill temper: cooks give notice and friendships are cooled. If ever the Enemy introduces into her mind a faint suspicion that she is too interested in food, Glubose counters it by suggesting to her that she doesn’t mind what she eats herself but “does like to have things nice for her boy”. In fact, of course, her greed has been one of the chief sources of his domestic discomfort for many years. Now your patient is his mother’s son. While working your hardest, quite rightly, on other fronts, you must not neglect a little quiet infiltration in respect of gluttony. Being a male, he is not so likely to be caught by the “All I want” camouflage. Males are best turned into gluttons with the help of their vanity. They ought to be made to think themselves very knowing about food, to pique themselves onhaving found the only restaurant in the town where steaks are really “properly” cooked. What begins as vanity can thenbe gradually turned into habit. But, however you approach it, the great thing is to bring him into the state in which thedenial of any one indulgence—it matters not which,
champagne or tea, sole colbert or cigarettes—”puts him out”, forthen his charity,justice, and obedience are all at your mercy.Mere excess in food is much less valuable than delicacy. Its chief use is as a kind of artillery preparation for attacks onchastity. On that, as on every other subject, keep your man in a condition of false spirituality. Never let him notice themedical aspect. Keep him wondering what pride or lack of faith has delivered him into your hands when a simpleenquiry into what he has been eating or drinking for the last twenty-four hours would show him whence yourammunition comes and thus enable him by a very little abstinence to imperil your lines of communication. If he mustthink of the medical side of chastity, feed him the grand lie which we have made the English humans believe, thatphysical exercise in excess and consequent fatigue arespecially favourable to this virtue. How they can believe this, inface of the notorious lustfulness of sailors and soldiers, may well be asked. But we used the schoolmasters to put thestory about—men who were really interested in chastity as an excuse for games and therefore recommended games asan aid to chastity. But this whole business is too large todeal with at the tail-end of a letter,Your affectionate uncleSCREWTAPE